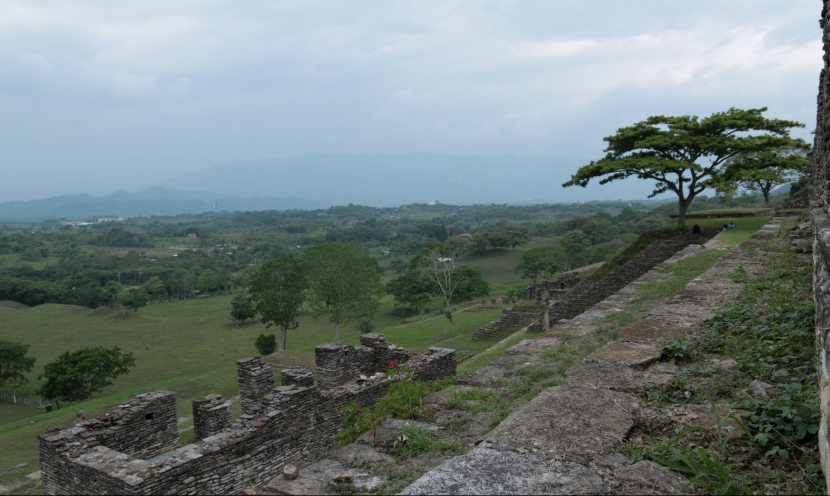 
In a few days, I will be traveling to Chiapas, in the south of Mexico. There, I will be working as a human rights observer. The following months, I am going to dive deep into the story of this state, where the voices of its original people have been silenced for too long.

Chiapas. Google it, and you will find images of breathtaking landscapes and praising articles about the impressive ruins the Mayan people left behind. With archeological sites such as Palenque and Bonampak, Chiapas is rich of culture, reminding of the advanced civilizations of the indigenous of the past. And Chiapas still is: with 12 of the 62 officially recognized indigenous peoples in Mexico, it is the most indigenous state of the country. In contrast with its cultural richness and natural resources, Chiapas makes one of the poorest states of Mexico. (source)

Chiapas is soaked in history. The indigenous inhabitants living today, direct descendants of the Maya, are the survivors of a fervent struggle starting already 500 years ago. The first oppressors were the conquistadores españoles, who confused the indigenous hospitality with weakness: Aztec king Montezuma’s gifts of gold only triggered the conquistadores to conquer the Aztec city-state Tenochtitlán, which succeeded in 1521. In 1528 the land of the Maya was conquered too, by Diego Mazariegos.

What followed was an oppression that never ceased to be. Dehumanized from the start, they were put to forced labor in the mines and they were treated and seen as animals, even by humanists and preachers. Father Bartolomé de las Casas, bishop of San Cristóbal de las Casas, soon became the protector of the indigenous. As a repented former slaveholder, he later dedicated his life to the cause. The main wake up call was the realization that the indigenous people “would rather go to hell than to meet with the christians.”

By the end of 1500, it is estimated that more than half of the Mayan population was killed by suppression and disease. In 1712, Mayas from 21 different pueblos gathered in Cancuc proclaiming the famous words “¡Ya no hay Dios ni Rey!” (“Now there is neither a God nor a King!”). This would become one of the most important rebellions in the history of Chiapas, even though the Spaniards were able to put it down quickly. However, this could well be “the beginning of a new World”, as one of the rebels had said: in fact, it was the first rebellion of a larger scale that had been prepared months preceding the revolt. (source)

Other rebellions followed during the 19th century and not just by the indigenous population: in 1910 the campesinos, the small farmers who suffered suppression by the large landowners, started a rebellion led by Emiliano Zapata. This rebellion, known as the Mexican Revolution, was rather absent in Chiapas, nor was it an indigenous rebellion, but it would inspire a group of Mayas and activists in the 1980’s.

On 1 January 1994, it looked like history repeated itself. Just like 1712, a huge insurrection was organized on a larger scale in Chiapas. Cities like San Cristóbal de las Casas, Las Margaritas, Altamirano and Ocosingo were taken by indigenous and activist guerilla squads of the EZLN (Ejercito Zapatista Liberación Nacional). The Zapatista movement started in 1983, after repeatedly failed attempts to start a dialogue with the Mexican government about the severe discrimination of the indigenous population as well as the campesinos. During 12 days, Chiapas tumbled in this unexpected and bloody war: with the Federal army at one side and the EZLN at the other, between 145 (official number released by the government) and 1000 (number according the Zapatistas) people died. (source)

Finally, a ceasefire was proclaimed and bishop of San Cristóbal de las Casas, Samuel Ruiz, became the mediator between government and the Zapatistas.  “Yo no justifico el que lo hayan hecho, sino explico porque sucede. […] pero también entendemos que esta guerra no fue una guerra para derramar sangre y tomar el poder, sino para ser escuchados. Cuando fueran escuchados las armas dejaron de hablar […].“, said Ruiz in an interview. “I do not justify what they did, I explain why it happened. […] but we also understand that this war did not aim at shedding blood and taking power, as it was for being heard. When they were heard, the weapons ceased to talk. […]” (source)

And there was a lot that needed to be heard. Have a quick look at some of the statistics of 1994 (which today are more or less the same if not worse: source):

The price drop of coffee in 1989 had made things worse in Chiapas. On top of that came the reform of Article 27 of the Mexican Constitution in 1992, which was aimed at a faster and easier way of selling public land to private owners. This had devastating consequences for campesinos and indigenous people, as their ejido system (a system in which land is defined as common ground) was crucial for their communities. (source)

But the last trigger that made the situation escalate on January 1st 1994, was the North American Free Trade Agreement (NAFTA), that went into effect that same day. 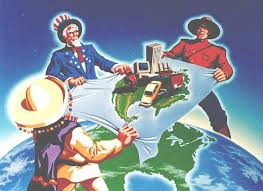 This agreement was supposed to create the world’s largest trade zone, launching Mexico into the first world. for president Bill Clinton NAFTA meant more growth, equality, and 200.000 new jobs in USA. The Zapatista’s called NAFTA a death sentence for indigenous people. So, who was right?

The results of more than 20 years of NAFTA, in short, have been the following: one million U.S. jobs have been lost, over 1.5 million campesinos in Mexico have been displaced for huge corporations to settle on their land. Overall poverty in Mexico increased, which intensified (doubled!) migration of Mexicans towards the USA, meaning tremendous competition of jobs in the service sector. (source)

The Zapatista’s had foreseen NAFTA’s side effects more than 20 years ago (and mind you, today’s TTIP is very, very similar…). Today, the situation in Chiapas is worse than before: it is poorer, there is less education, and human rights are still not respected. EZLN is still active in defending human rights of the indigenous, but also of whoever feels oppressed by the Mexican government. In big parts of Chiapas EZLN is in control, but not everyone agrees: sympathizers of the government are not happy with the EZLN, and some have organized in paramilitary groups as a countermovement.

A meaningful difference can only be made if the problem is approached at its roots. You can fight the symptoms, but it is necessary to cure the disease. The money-driven thoughts need to be changed, the corporation mentality needs to be revolutionized, a change starts with us, the West, too, if not primarily.

“It is necessary to re-educate desire. To teach the wish to wish, to wish better, to wish more, and above all to wish in a whole different way.”

Let’s be aware that our way of wishing has great impact on others. Let’s wish differently.▪

5 thoughts on “Chiapas, an introduction to indigenous struggles in Mexico”