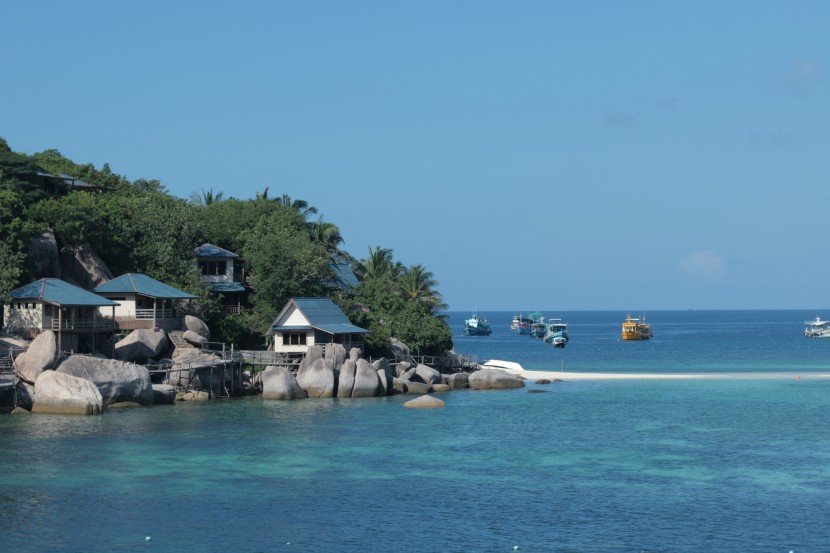 Warning: Invalid argument supplied for foreach() in /home/collec38/public_html/wp-content/plugins/lightbox-plus/classes/shd.class.php on line 707

Warning: Invalid argument supplied for foreach() in /home/collec38/public_html/wp-content/plugins/lightbox-plus/classes/shd.class.php on line 707


After Bangkok, I took a flight to the first island available: I decided to take a chance on Ko Samui.

Most first impressions of countries happen at the airports and Ko Samui’s airport seems well prepared: the first thought this private airport sells you is “Wow, I’m in tropical paradise!” The second thought that comes to mind is that it might actually be too well constructed, too good to be true. Also, considering Bangkok, it is to be expected that the island has had the same treatment of modernisation. 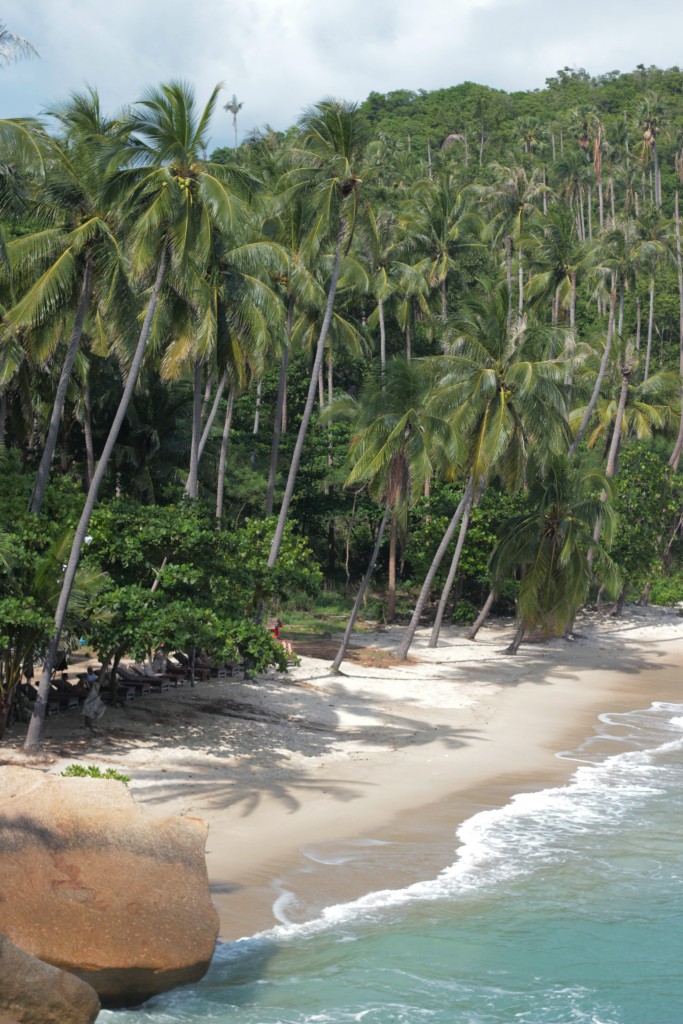 This process is far worse within the islands, though. In Bangkok you sense a modernisation that is really desired by the Thai themselves. Although, from outside, it may look like a cultural destruction, those new skycrapers really exist because of this old Thai desire of “progress” (already started back in the 19th century!).

But the Thai islands, many of them are not being revolutionised for their people. Not for the original locals. I’d say they are being revolutionised in spite of the local people, against them. Once a very calm fishermen island with a vast production of coconuts, now Ko Samui looks like a big Disneyland for foreigners. Tourists are welcomed in the numerous resorts that are built all over the island. Fishermen don’t have access to the sea where they used to, and as the original island citizens never kept track of who was owning which ground, the many trials running against the resort owners do not do any justice to the locals.

Where is the island’s real spirit?

From this point of view, the island spirit of once upon a time is long lost. The visitors of this island are either very disappointed in not finding the traditional Thai culture, or very satisfied in hiding away in some tropical paradise resort. Forget Ko Samui if you are looking for the real thing.

However, it is way too easy to call mass tourism a negative thing. The situation is obviously much more complicated:
it might be negative for the original local islanders (unless they converted to tourism as well), it is actually very positive for the rest of Thailand. Ko Samui, like all the other islands, is giving great working opportunity to the Thai mainlanders. It is above all the people of Bangkok to come to Ko Samui, so close as it is with just a one hour flight. I met a lot of Thai coming to work from the mainland to the islands, sometimes only for the season or for six months, sometimes even leaving their children behind for good. 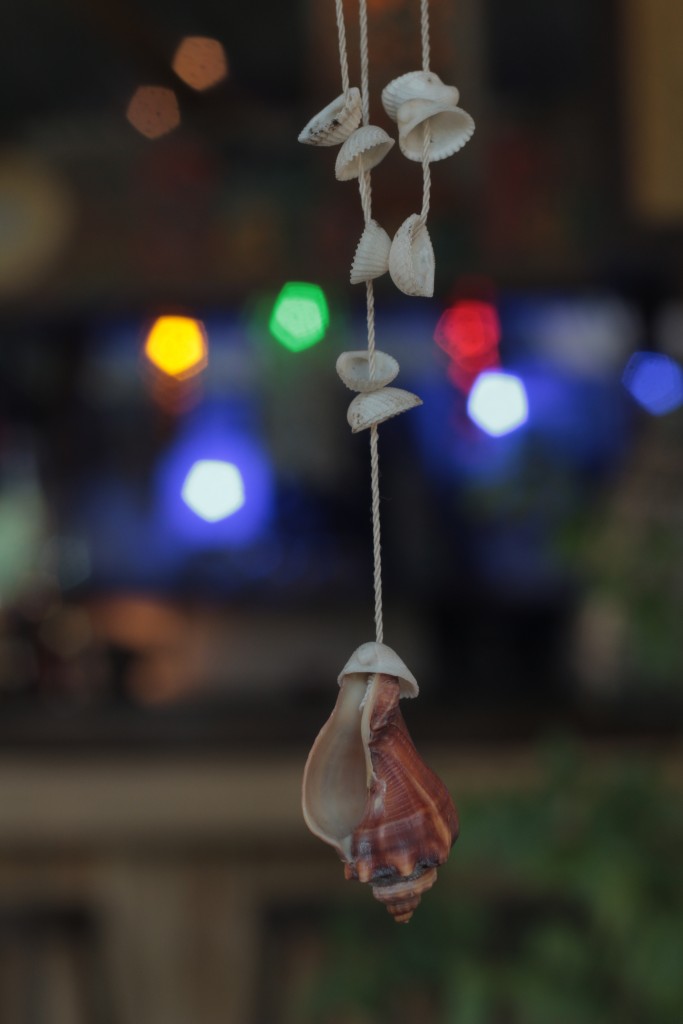 The stories that struck me the most of this island where those of the women. And here is where we get to the dark side of Thai society. In Thailand there are very few taxes to pay, but no taxes also mean no services. Many things don’t function properly in Thailand. It is not uncommon to have a man leaving his wife without taking care of the children or pay alimentation. As a result, many women see no way out but to drop their children off at their mothers and get to the city, or the island, to work. They try to survive by giving Thai massages or by working in restaurants and hotels if they are lucky, but a great number unfortunately ends up in prostitution.

At least 9% of the women in Thailand earn a living within prostitution, which means there are close to 2 million female sex workers, without even considering male sex workers and the so-called ladyboys. The Thai government is aware of the fact that many women are driven into the sex branche because of poverty, but the crazy amount of money flowing into Thailand throughout sex tourism keeps the government from changing this situation. Also very common to find is a couple consisting of an older man and a younger woman, perfectly fitting in the Thai “Mia Noi” tradition ( meaning “minor wife”) according to which it was normal for a man to have a second, often younger wife to take care of besides his legal wife. Knowing how well the Thai culture is able to mix tradition with modernity, you can imagine there are still a lot of Mia Noi’s today. When there is a foreigner involved, the relationship often resembles that of the “sugar daddy” concept.

These younger women should not ever be judged, though! After having spoken to different Thai girls, I understood how easy it is to get into such a situation. I even said to myself, “Wow, if I were born here, this could be me. This could be my story.” These are girls with dreams, girls with difficulties. Girls who want to go to university, who are planning to or who dropped out for money reasons or family issues. Thailand is controversial, we know that now, and the same goes for the stand it takes towards prostitution: prostitution is widely accepted but these women are marked forever.

Many women in Thailand, especially from a poor background, seem to grow up with a very different mentality towards sex working. They do not want to do it, but they also do not want to make a big deal of it. It is like they distance themselves from the job. “This is not what defines me. This is work.” In a way I admire their confidence, and this ability to live double identities. Inside the bar, a joyful gogo-girl, outside the bar a boyfriend and the dream to go back to school. But Thailand is harsh on them. “Once a prostitute, always a prostitute” is a very common thought. A Thai man would probably never marry a girl from a bar. Some of the girls even accept their suffering blaming it to karma; they must have done something bad in another life.

According to estimation there would be 10.000 prostitutes on Ko Samui alone. (More statistics and history of prostitution here).

Old Thailand is in its people

All in all, Ko Samui taught me more about Thai society and about the controversial identity of Thailand: progress versus tradition, tourism enriching Thailand at one hand and impoverishing Thailand at the other hand. Luckily, the old spirit of Siam leaves some traces here and there. It was on Ko Samui where I learnt about taking my shoes of before entering a store or a restaurant. It feels surreal and a bit like home to walk on bare feet in the pharmacy while dozens of flip flops are gathered in front of the entrance, waiting for their owner to return. 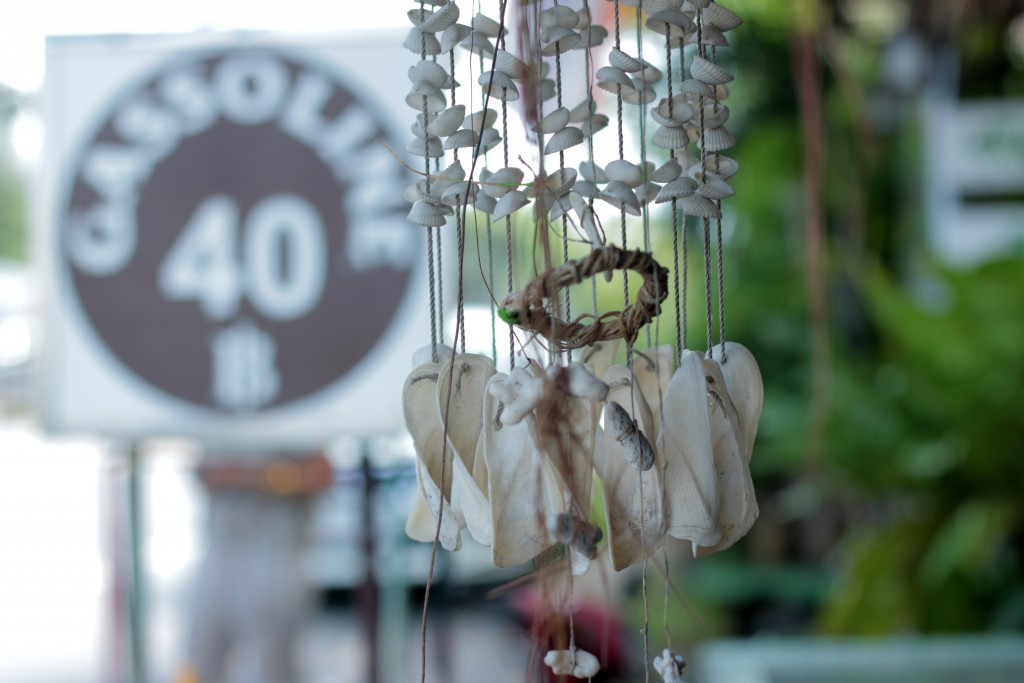 If you go beyond the coastline of Ko Samui, you can retrieve a little of what’s remained of the original island spirit. Although subtle, I found it when hiring a motorbike to cross the hills of Ko Samui from coast to coast. I found it in the 40 bath per bottle of gasoline and in the shops of handcrafted jewelry. The creative locals caring about maintaining this spirit are in these places. The local restaurants with a hippie feel where I was eating amidst of Thai only, and where both me and my friend ordered something we got a total different version of.

Something happening often in restaurants. You order something and they will serve you whatever they got, sometimes making you wait endlessly for a dish that will never arrive. “It’s finished”, they’ll tell you when you ask.

Personally, I actually love this way of being of theirs, this mentality of taking it easy and enjoy life without a care in the world. “Anything goes” and if a customer is not happy about the service, it will never affect them personally. I think this has to do with the fact that they are not materialistic at all: they feel their behaviour is what counts and as long as their karma is right they are at ease with any situation. They would never make a point of something like a dish that doesn’t arrive in a restaurant, and they don’t expect you as a tourist to do so as well. The mistakes they make could never be enough for the respect with which they treat other human beings.

But I saw foreigners be annoyed with this behaviour anyway. While I can understand, I prefer the Thai warmth and respect a thousand times more than to be treated like a queen based on the western concept of “the customer is always right”. 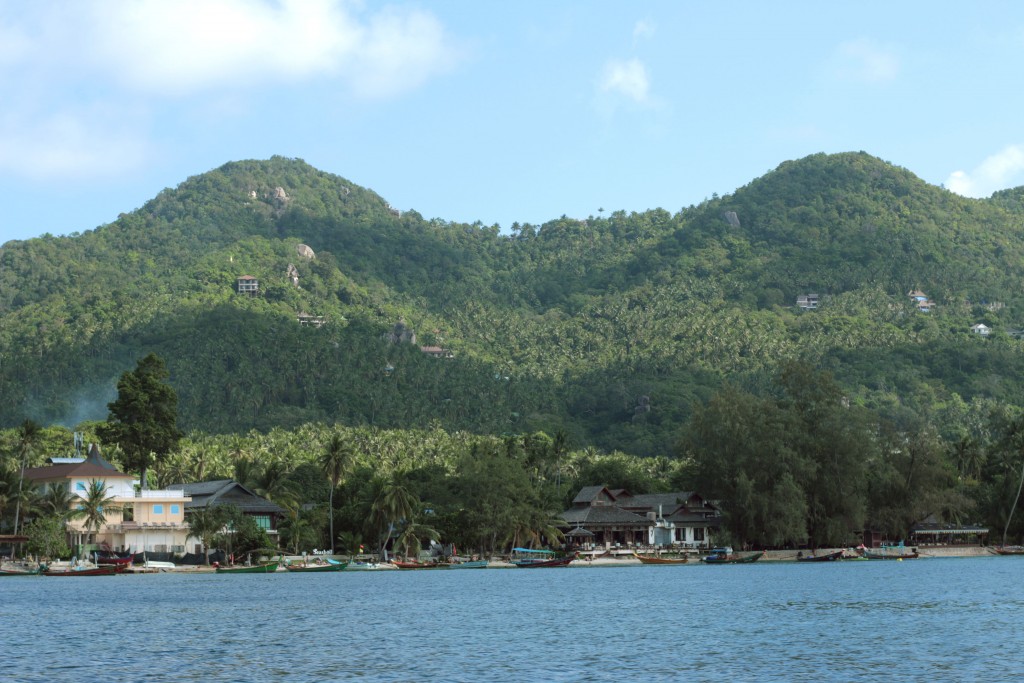 Near Ko Samui, other islands drew my curiosity. I went on a day trip to Ko Tao. I just stayed 5 hours, taking the first ferry from Ko Samui of 8.00 o’clock with the last ferry back at 15.00, and I wish I had stayed at least a couple of days.
Upon arriving, I found a lot of locals trying to get me on either a taxi or a taxiboat, but that was one of the few touristic elements that I found on the island. Of course it is full of shops and restaurants, but everything, even the resorts, was built with respect for the surrounding nature and the local pre-tourism life.

Back in Ko Samui, 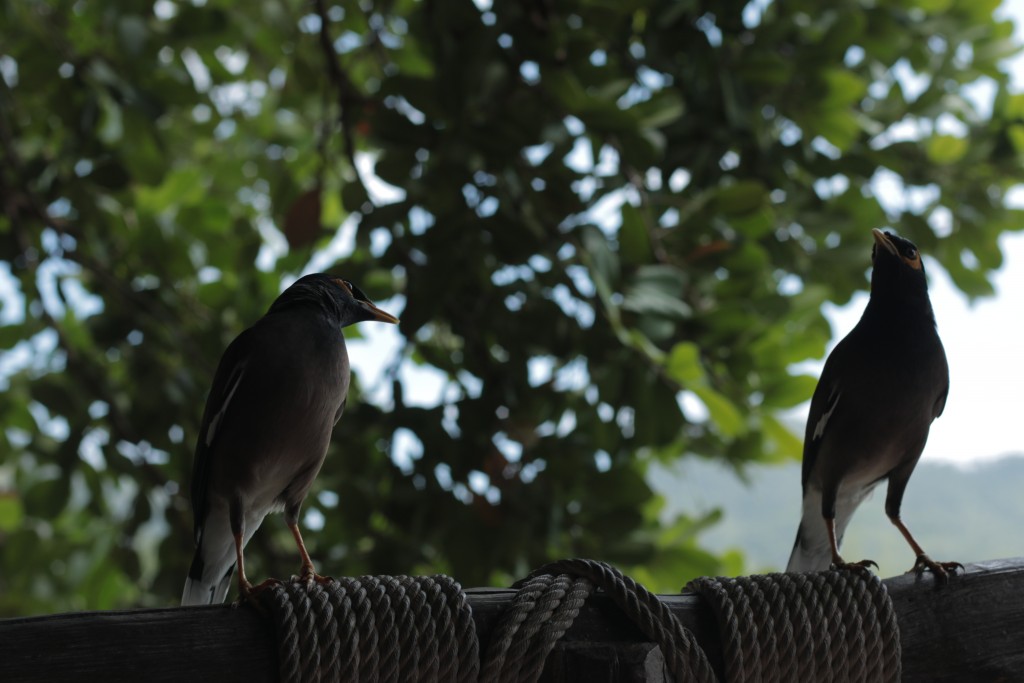 I tried to picture the local life before any tourist set foot on the island. It meant I had to imagine that all the resorts and restaurants made for tourists weren’t there, and it was impossible. I could not see the local life through all the souvenir shops. The best I could do was imagining an empty island full of untouched nature.

I tried to apply this game to Ko Tao as well, and the result was the opposite. It was not hard at all to imagine a tourist free island. The restaurants were there for the locals too and the elderly lady doing grocery shopping was not hidden away deeper into the island as it is the case with Ko Samui. The real island life was in front of my eyes, and although resorts are multiplying in Ko Tao too, this island seems to have found a way to balance everything.

In just 5 hours on the island, I got attached to Mu, a local with a taxiboat. When approaching him, he was painting his boat, but he still wanted to take us to the pier. Communication is never impossible when there is a wish of understanding each other, and it is always been the eyes, anyway, to tell infinite stories. This man had such a kind heart, and that is the biggest treasure you could find when being so far away from home.▪ 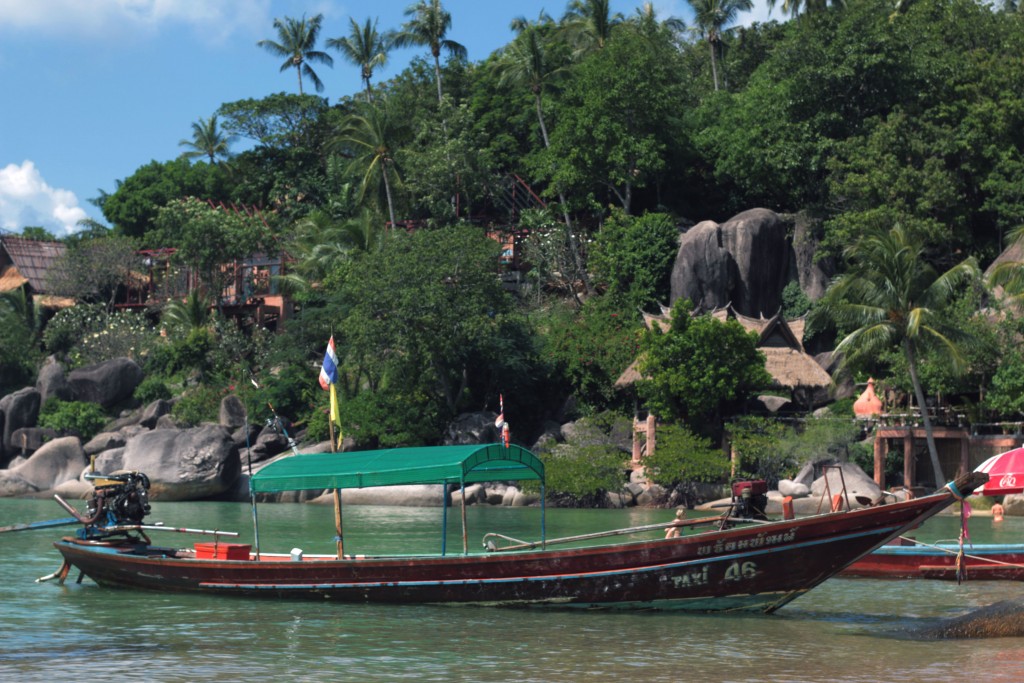